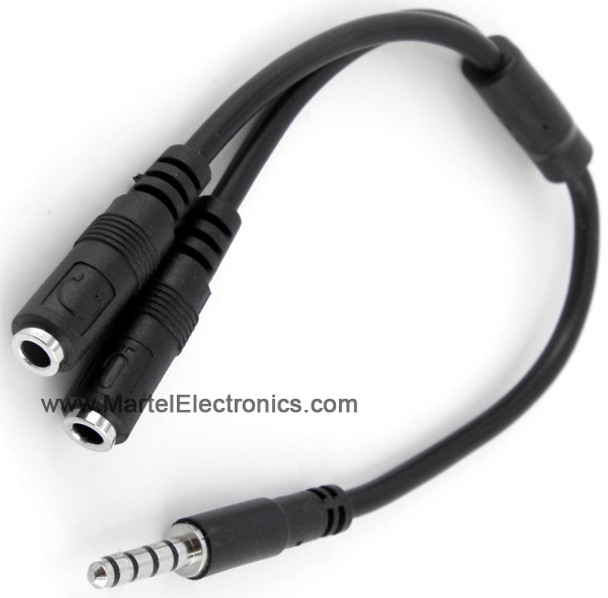 For some time now court reporter laptops are coming with only one input jack for a headset and microphone. This makes it virtually impossible to connect an external super powerful court reporter microphone to these laptops. This cable is the solution. Its made up of the finest copper and is shield from interference from cell phones and radio stations.

This is a really important topic for court reporters in the last couple of years.

Most of the computer laptop manufactures have moved from two separate inputs on the side laptops one for the microphone and one for the headset.  These new laptops create a problem for court reporters. The problem lies with the internal Jack that they are using to manufacture these laptops. Since the headphone Andy microphone jack or no one input the death of this socket is much deeper than they were years ago. So the court reporter plugged in a normal microphone, the laptop will not recognize the new microphone. We normally recommended court reporters get laptops that have to influence one for the microphone and one for the headphone. If you have bought a computer that only has one input, this cable is the only solution that will fix your problem. This cable has one male plug and two female inputs. One input is labeled microphone and the other input is labeled headset. This is simple labeling system well at least stress on you as a court reporter during to set up for a deposition or a court setting. This court reporting microphone cable is part of our unique problem solving Solutions for court reporters.

MSRP:
Sale Price Now: $69.99
Was:
America's Best Selling Microphone for Conferences and Meetings There has never been smarter boundary microphone than the Conference grabber microphone from Martel. The Conference Grabber Boundary...
1155

MSRP:
Sale Price Now: $19.99
Was:
Made for Court Reporter Microphones and more, fits almost all microphones. Comes as a stand and clamp.  We listened to all the court reporters out there who asked for a great small...
288

MSRP:
Sale Price Now: $69.99
Was:
Are you a Court Reporter? Need to find the right microphone? We have help for you. If you are on a budget we have a great deal for you. The Audio Grabber microphone is...
310

MSRP:
Sale Price Now: $179.00
Was:
As the most powerful microphone on the market, the HGM-1 will get you at least triple the audio pickup of the lesser microphones. Most computers and tape recorders come with an inexpensive...
91

MSRP: $399.99
Sale Price Now: $179.99
Was: $299.99
This is the Ultimate Luminex Microphone for the Luminex Stenograph Steno Writer. #1 Selling Luminex Microphone in the World! We have match-paired our exclusive Martel Hi-gain microphone-designed...
2006