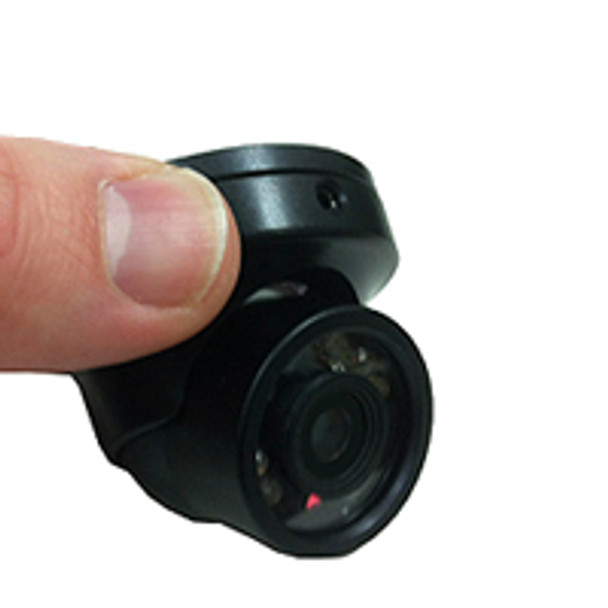 The rear facing police car camera is made to record the suspects in cage of the police vehicle.

When a suspect is paced in the back seat of a police cruiser the police dash camera system will record the rear seat as well as the front camera. This feature ensures that the entire incident is recorded from the beginning to the end when you drop off the suspect at jail.

It is very typical for police officers to find themselves in situations with unruly suspects who they have just placed in the cage of the car. Police in-car video systems can capture the evidence in the front of the vehicle, and what is happening inside the back of the police cruiser.

If the suspect does get out of the back of the car and tries to escape, this rear facing camera and microphone will document it. The police car video camera has the ability to grab the license plates, which can lead to a conviction down the line when tracking down suspects. If an officer is accosted by a criminal, the video evidence is captured and documented so it can be shown in the courtroom. The police car camera system is one of the most valuable pieces of equipment in the car.

The other side of the coin, is that all the dash car police video systems are not all the same. While looking for the best police car camera system for your department, you should also look for a company that has been in business for over 25 years.

MSRP:
Sale Price Now: $149.00
Was:
Rear seat covert suspect microphone for recording suspects conversations. Usable with the DC3, DC3M, DVD Partner and MDP4, MDP6. The audio being transmitted by the
1459

MSRP:
Sale Price Now: $7,999.99
Was:
The LX Child's Forensic Interview Room Recorder is really the only system in the world designed from the ground up for this type of recording. The LX System records directly to a USB thumb...
LX-Child

MSRP:
Sale Price Now: $399.99
Was:
This POLICE INTERVIEW ROOM MICROPHONE is Specially made for police departments and Law Enforcement agencies. Our microphones work extremely well with the
Room Microphones

MSRP:
Sale Price Now: $1,999.99
Was:
The only Smallest Police Dash Cam System in the world you can use inside and outside the police car!  The Worl
Police-Dash-Camera

MSRP:
Sale Price Now: $395.00
Was:
The rear facing police car camera is made to record the suspects in cage of the police vehicle.  When a suspect is paced in the back seat of a police cruiser the p
police in-car video camera rear seat suspect camera

MSRP:
Sale Price Now: $1,999.99
Was:
The only Smallest Police Dash Cam System in the world you can use inside and outside the police car!  The Worlds Only Police Car Camera System usable both Inside and Outside the...
Police-Dash-Camera

MSRP:
Sale Price Now: $295.00
Was:
A replacement transmitter for our police wireless microphone system. Instantly synchronizes with your police car camera system when activated. The internal microphone is controlled by a...
1018

MSRP:
Sale Price Now: $3,300.00
Was:
DC7 POLICE CAR CAMERA SYSTEM - MADE IN THE USA The DC7 police in-car camera system uses the latest advanced technology. Our police dash camera system is engineered for ease of use for the officers...
2078