For many years a lot of courts have been trying to configure a court recording system through a PC running windows software. This type of software has many pitfalls, and running on Windows has many errors. These court room recording systems or  courtroom voice recording equipment packages often times cost tens of thousands of dollars to purchase plus a large installation fee. This article will cover all the advancements in the court room recording technology. Court recording software often comes with variety of problems, the first being the different kinds of Windows environments. Windows XP, Windows 7, Windows 8, Windows ME and so on. Each one of these operating systems has its own unique problems inherent to the Windows operating system. 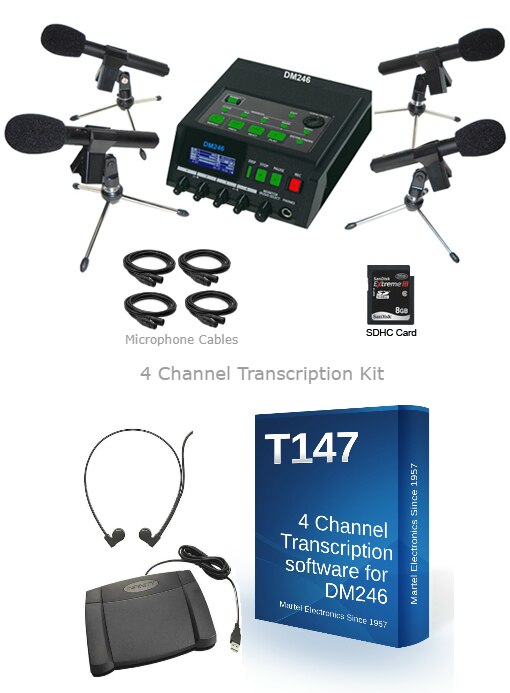 We are going to take a few minutes in this article to compare and contrast between  stand-alone court room recording systems and Windows based PC recording systems. First let me say I'm not a fan of the PC version of court room recording equipment. Often times the software is so complicated that a judge or court clerk cannot operate on it. Generally it requires a team of support department people to come in and correct the issues that are occurring during the trial. In contrast, the stand-alone units such as the  Martel DM-246 Court Recorder runs on Linux like your Apple iPhone or microwave oven. Virtually error-free for the life of the product. This is critical to stop delays in the court room, or mistrials.

Recently the Martel DM 246 was selected by the New York Supreme Court to record its hearings. Even the U.S. Department of Justice has used the Martel DM 246 court room recording equipment package. Virtually all JAG court rooms are connected with DM 246 units. All courts need a user-friendly interface with their court recording system, but the PC based systems just don't offer this. The Martel DM246 has all the same features that you would find on a tape recorder even though it's a completely digital device recording to an SD card. It records independent tracks, so you can isolate a judge from the district attorney from a witness. The companion for the DM-246 courtroom recorder is the T147 four channel transcription kit. The transcription kit allows the court reporter or the court clerk to type of the document correctly for the record.

Price of this court room recording equipment system package is so low that most courtrooms can afford to have a primary and a backup, often costing less than $2000 a unit.

One of the new advantages for the courts is Martel's new  digital courtroom voice microphone. The voice isolation on this microphone is really a step forward in technology. The microphone can be adjusted from the judges bench by the court reporter.

Finally, lets contrast the court room recorder DM 246 with the PC software recording unit. Since the DM 246 records on SD cards, it's completely solid-state. In contrast, the Windows-based systems recording on two spinning hard drives which can fragment and have errors or even crash. This is really critical information for courtrooms, simply because they can't afford to lose the record. I have over 20 years of experience in this industry and have specialized knowledge about the topics in the above article. If you need more help or support, feel free to link this article or call us at Martel Electronics, (800)-553-5536.